Who this is for?

It is popular among students, engineers, doctors and other working professionals, business owners, and housewives.

This for you if you want any of these benefits:

PLUS
Awake and Energize Program
with Brainwave Technologies

This is amazing program changes your brainwaves so you feel awake and energized to take on the challenges and do what needs to be done.

How It Was Built

Hello: My name is Raj Bapna. I was born in Udaipur, Rajasthan.

For years, I got good marks but nothing great up to class 10th. I got just 48% marks in social studies. I used to worry about my future, my studies and career.

Then I discovered a better way to study, and just one year later, I got 5th rank in the Rajasthan Board, NTSE (NCERT) scholarship, and IITJEE 1102 rank, and as a result, studied at BITS and IIT, joined Intel in California... and finally returned to India to help students get more success.

I believe that you can become the best that you are capable of. And, my mission in life is to help you achieve that goal.

When I used a mind machine in the "Whole Life Expo" in Los Angeles in 1988, it was a very powerful experience. I felt so relaxed and things appeared clear. It felt like I was thinking better. So, when I returned to India to help students, I purchased a mind machine and brought it with me.

We spent over 2 years to design and build our first mind machine just for students. Our first version was developed during 1992-93 by a PhD student in IIT Delhi, who later did important work for Silicon Graphics (a computer company in California).

TRUE STORY
A Hypnotist Wanted to Know
If It Really Works ...

I once conducted a workshop for experts and owners of colleges at the Hotel Hyatt Regency in Mumbai, where the fee to attend was Rs 19,000 per person to hear me for 2 days.

One of the participants was Prof Ashok Davda of Thane. He is our old friend. Initially, Prof Davda, like many others who first hear of subliminal messages, was skeptical of our Mind Power Music technology and did not believe that such a thing could work. But being a professional hypnotist, he decided to check us out.

But what Prof Davda did was to ask his hypnotized student, "What words do you hear". And to Prof Davda's utter amazement, the student heard positive empowering messages and spoke out what he heard.

Being scientific by nature, what Prof Davda did next is also surprising. He noted down the words (messages) heard by the hypnotized student, and then traveled to Udaipur from Thane. And then he asked us to tell him what are the exact messages used. We showed him our list. And to Prof Davda's total surprise, our messages matched with the student's list. And, that is how Prof Davda became our friend.

Strange But True:
Beliefs are Not Just in Your Mind
They are Also in Your Body

It has been discovered that there are about 50 to 60 chemicals taking messages from the brain to the body. The most well-known of these are called endorphins. In the past it was believed that endorphins were present only in the brain. But now they have been found in the body, carrying messages to practically every cell in the body.

These chemicals carry messages in the body about everything including thoughts, happiness, feelings, beliefs, etc.

Let us see an example. A person is walking in the park. He sees something like a snake and thinks in his mind "It is a snake." That message of fear goes to other parts of the brain, then to the spinal cord, and then to the rest of the body. In a very short period, the whole body knows about the danger and prepares itself to face the danger. The heart rate increases, blood pressure increases, breathing becomes faster. Blood is diverted from the brain to the muscles, the hands and the feet. As a result, the person is ready to "fight" or "to run away".

When you are happy or you believe in achieving success in whatever you are doing, that thought is conveyed to your whole body. Your body is more energetic and less tired. When someone is unhappy and sad, his body is slow, dull, and tired.

Our student Rajiv Chaudhary, from Palampur in Himachal Pradesh, set a memory record (Limca Book of Records). In interviews to many newspapers he said, "The secret of my newly developed memory are Mind Power Music ... and Mind Power Study Techniques course from Udaipur."

Before joining our course, he was an average student and scored only 52.25 % in High School Exam.

Rajiv went on to achieve his dream of success in Himachal Pradesh Administrative Services.

Ask yourself: If our courses can help someone to set an all India memory record, can it not help you to improve memory to get more marks, and to be more sure of success?

What is Mind Power Music
and How It Works

Our Mind Power Music has a soothing, natural, river-like music, so it helps you to relax.

It is so relaxing that at times, you may not even notice that the music is playing.

It relaxes you and then programs your mind for success or the desired self-improvement by using subliminal messages, which are hidden from or below the level of your conscious mind.

But, your sub-conscious mind can hear these messages and accept them to enable changes and to empower you for more success.

What is Mind Programming

Surprisingly, your subconscious mind is much more powerful than your conscious mind. And, it determines much of your behaviour and thus your success of failure in life.

What Readers Digest
(a famous magazine)
Says About Music

Here are some of the ideas discussed in the world famous Reader's Digest magazines:

It may sound strange how any music technology can be so powerful that you benefit easily and effortlessly.

Before I explain the science and research behind this, let me first show what experts and users are saying.

"Was very useful when I was preparing for my M.D. exam, which I passed. Thanks."

"I had only 51% in B.Sc III year. But after listening to your music, I stood first in M.Sc. Environment Science entrance."

Have you heard about positive thinking?

For example, people tell "be confident", but they don't tell you how.

Subliminal Messages is an effective way to put beliefs into your mind.

Subliminal Messages are recorded in a special way.

And, because the process is automatic because you simply to listen to music and there is no effort at all.

Here are examples of the messages we use in the program Better Memory and Concentration: My memory is very good, I remember very easily, I remember permanently.

What All You Get 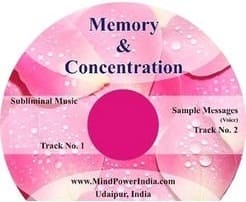 Good memory power and concentration are necessary to get the maximum benefit from your hard work and coaching for your success. No wonder, "Better Memory & Concentration" is most loved among students.

Better memory and concentration allows you to study and learn more in the same time, which makes you confident about yourself and helps you get ahead of others in your exams and competitions.

Here are the sample messages in this program:

Imagine what will happen once your mind with these beliefs. You'll have better memory and concentration, which means you'll be able to study more in less time for your success. 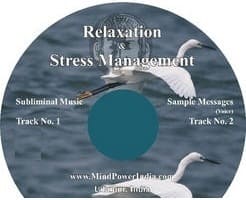 Relaxation and Stress Management is important because stress is a major problem of our civilization and is understood to be the cause of major health and mental problems for people.

Managing stress is therefore very important. Also important is to be able to relax.

When you are relaxed, more of your energy is available for healing your body and for the working of your brain and, as a result, relaxation leads to better health and more mind power for you.

This title is loved by students and others alike. 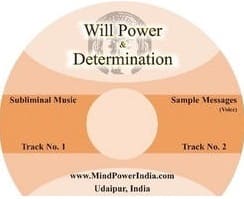 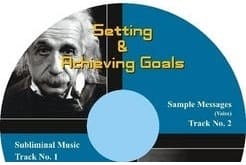 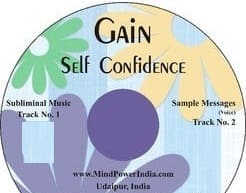 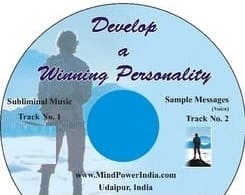 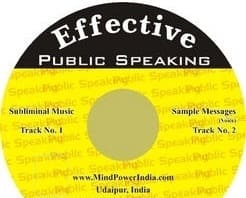 Portable and Enjoyable to Use

You can play MP3 on your mobile phone and also on iPad, PCs, and Notebook computers, allowing you to enjoy this beautiful music anywhere for self-improvement and relaxation.

Easy to Use and Benefit

It is really easy to benefit from because all you have to do is play it on your mobile phone.

There are no books to read and no techniques to master.

And, the best part is that you benefit in an enjoyable way.

With my Mind Power Music complete Total Self-Improvement library, you can improve yourself easily.

You can use it in background at home or in office and also when you sleep.

For faster improvement, listen to it more.

Choose the Combo Package that is Right for You

Get MPM-Platinum Package
on a Pen Drive for Rs 2,797

You get the same programs that you get if you order download. This is for you if you do not want to download. In this choice, you pay extra to get a pen drive by courier or speed post.